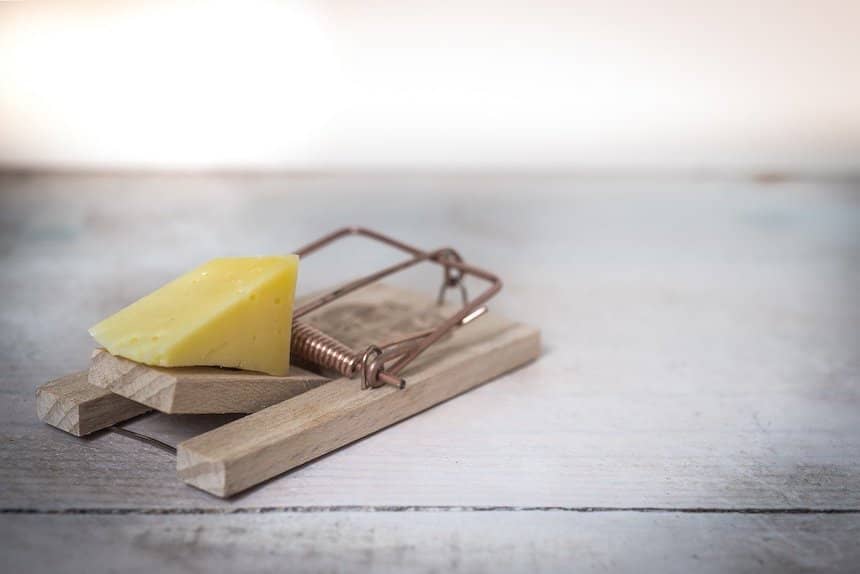 Compensation is a difficult topic. And depending on the domain and type of work, various models can make sense. Many companies rely on bonuses based on performance, ranking, or commission. Those bonuses usually revolve around clear goals or metrics that can be measured, such as finishing a project in time or closing deals with a certain total valuation.

The problem with goals and metrics

Setting goals is an important step for companies but also for individuals. They give us a direction and something to strive for. Typically, goals should be defined as something SMART: specific, measurable, achievable, relevant and time-bound.

And this becomes a problem, when tying bonuses to goals.

To sum it up: Defining the right goals is difficult. To measure them is even more so. What is right can change over time. This itself is not a problem. Goals can still be very valuable for guidance, unless you connect them to bonuses.

As an employer, you want your employees to act in the best interest of your company. And normally, given that your employees enjoy working for you, they want that too. Thus, if you as an employer manage to communicate the vision and if your employees buy into that, they should be inherently motivated to work towards that vision.

This should then give the job security. Furthermore, if they have the option to get shares of the company, interests of employees are pretty much aligned with the interest of the company itself.

Until you add goal-bound incentives. In this case, you are exchanging the employee’s interest in the long-term well-being of the company with an interest in optimising for short-term goal-achievement.

You are incentivising the achievement of a goal, that should not need any incentives, if it were the right goal to begin with.

As we have seen before, it is very unlikely for goals to be always and 100% right for the company. Thus, you put your employees in a situation where they need to decide between doing what is right or achieving a goal. If you tie the latter to the size of the Christmas presents for their children, their next holiday or their new car, how should they decide?

On the one hand, they have the very specific risk of loosing their bonus, while on the other hand they have a hope. The hope, that the company will exist in five years and that their shares might have more value in the future than they have today. Your bonus system now created the incentive to do what is right for the employee. Unfortunately, it is wrong for the company.

Smart people will achieve, what they want to achieve

You probably hired smart, talented people, and you are convinced, that they do great work. Why, otherwise, would you pay them? If you empower these people and give them a problem, they will find a solution to it.

With bonuses, you shifted their objective from “make the company successful” to “achieve this short-term goal”. For your people, the short-term goal became more important. Even more so because it is directly tied to their bank account. Thus, they will find a way to achieve it. No matter the costs.

You might say, it is not a big deal because you chose the short-term goals so that they help to achieve long-term objectives. While it seems obvious, that the launch of a product or closing tons of deals is good for the company, this can prove wrong over time and in the bigger picture. Here are some real-world examples that show, how the well-meaning goals harmed a companies long-term success:

A company that is building physical products wants to launch a new product to stay the market leader in their domain. The project manager would get a bonus if they can adhere to the deadline for the go-live.

While development got more complex and difficult and essential parts were delivered late, they pressured the development team to skip everything that is not an absolutely crucial part of the product. At some point, they even were urged to skip quality assurance measures and shipped without the amount and quality of tests, that would have been needed for this kind of project.

They made it. They adhered to the deadline. The manager got the bonus. Well done.

Unfortunately, the technical debt, the team was asked to take was extremely high. Furthermore, the product was full of bugs. The team needed to do weekend and night shifts to fix them. Many got unhappy. The best employees quit. Even worse: At some point, they had to call back all devices because of a critical bug. Customers were unhappy now, too.

Was the project manager a bad person? No. But their career and bonus where on the line if they told the upper management that the project will be delayed. So, they decided to push it through. The damage for the company was huge.

As common in sales departments, sales people of a company get bonuses for closing deals, or more specifically for the annual recurring revenue those deals bring, on a commission basis.

Sales is a hard job and prospects always ask for more. To close a deal, some sales people promised features, which were not ready or which weren’t promised by the product department, in the first place. While this can help the sales person to get their commission, it creates huge trouble for the development teams, as they get to hear things like:

Furthermore, it can create a tension between sales and product departments, if the latter says “No” and thus puts the commission of the sales person on the line.

And also, it is not in the interest of customers or prospects as sooner or later, they will not get what they were promised, might become unhappy and leave.

While naively we would say, that many closed deals are good for the company, in a complex system, they can be even harmful if the interest is more on the closed deals than on the long-term success.

Nobody would ever agree that they work against the long-term interests of the company they are working for. We humans are great at convincing ourselves that we are doing the right thing. If the incentive is high enough, we will ignore every evidence that goes against the incentivised action being the right one.

Thus, you cannot expect people that you incentivise for short-term goals to see and tell you, when this turns out to be wrong. It might happen. Occasionally. But usually, it will not.

By incentivising short-term goals, you shift away your employee’s interest from long-term company success to short-term personal success.

And this is only one reason, why bonuses are bad. The negative effects of incentivising individuals on team dynamics can even be more harmful eventually.

How are you handling compensation at your company? Are you using bonuses or other incentives? I would love to hear your experiences with them here in the comments or via LinkedIn or Twitter.